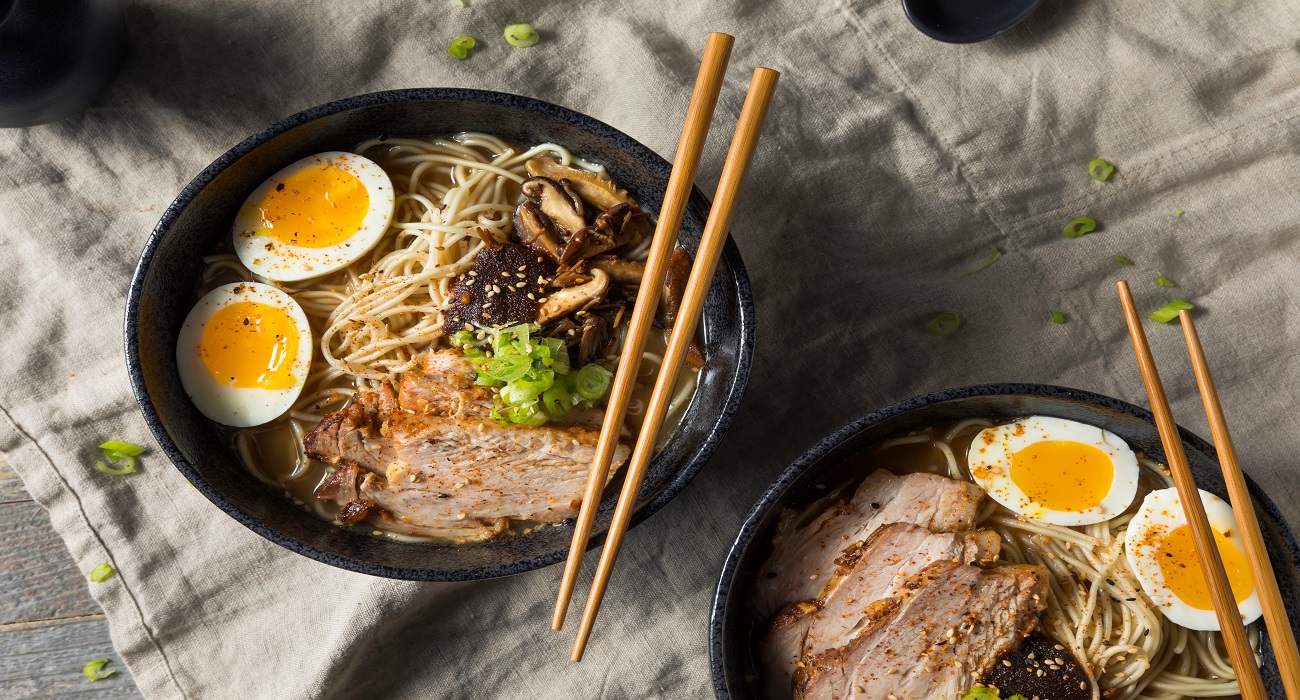 Pork is a relatively overlooked source of collagen peptides. Yet it’s been part of our diets for many thousands of years. So in this article we’re going to look at what porcine collagen is, its history and why it’s currently making a comeback in the Western world.

Collagen is a protein that can be found in all animals, including humans. It’s basically the glue that holds everything together and gives structure to the body. The highest concentrations of collagen are found in connective tissues, bones and skin. This type of unprocessed collagen is commonly known as ‘native collagen’.

Native collagen is hard to digest. So, for it to have nutritional value, native collagen needs to be processed into collagen peptides for bioavailability. This process is known as ‘hydrolyzation’, which involves the breaking down of the molecular bonds between individual collagen strands into small peptides that can be digested and absorbed by the body.These peptides are then used in a range of beneficial supplements that contribute to the health of skin, bones and joints.

What is porcine collagen?

At present pork is one of the most popular meats in the world, accounting for 36% of the world’s meat intake. Porcine collagen is derived from pig, particularly the bones and skin. So whether you realize it or not, porcine collagen is pretty integral to our diets.
Although you may not have heard of porcine collagen, you’ll have probably heard of ‘pork gelatin’, a common gelling agent found in confectionery and jello. This is derived from porcine collagen. (It’s actually one of the ingredients that gives jello its jellyness!)
If you’ve ever slowly boiled a ham hock or pork shoulder in a stew or soup, you may have noticed that the liquid forms into a jelly when it cools  – that’s basically gelatin.

Porcine collagen: a nutrient baked into our history

Archeological evidence suggests that pigs were one of the first domesticated animals in human history, a development which probably came about as a result of wild boar hunting. So when you consider the fact that porcine collagen is extracted and made more digestible by the cooking process, and the fact that humans have been cooking pork for tens of thousands of years, it’s safe to say that porcine collagen has been a part of our diets since time immemorial.

Our ancestors benefited greatly from the consumption of porcine collagen as it contributed to optimum joint and bone health which gave them the kind of athletic boost needed to survive in the wild and establish civilisations all over the world.

Over the millennia the struggle for survival meant that people couldn’t afford to be wasteful. So our ancestors used the whole pig including trotters, bones and connective tissues (such as cartilages) all of which contain high levels of collagen. These were boiled up to form nutrient dense broths and stews. The collagen made the broths and stews thick and creamy, which would’ve given our ancestors added comfort on cold winter days.

As civilisation progressed, people discovered you could extract the collagen from the thickened broths and use it as an ingredient. Eventually this evolved into aspic, a savoury jelly that led to the creation of all kinds of wonderful dishes found in cuisines worldwide. Brawn (also known as head cheese) is one such dish that originated in Europe and spread to other parts of the world.

Brawn is simply meat (typically pork head-flesh) that’s set in aspic. It’s then sliced and eaten, hence the name ‘head cheese’. To this day, variations of brawn can be found around the globe. For example, the Vietnamese have thịt nấu đông and the Russians have kholodets, which is popular at Christmas time. Aspic is also found in other well-known dishes. In France and Britain it is the jelly in pâté en croute and pork pie respectively.

In eastern Asia, pork products are extremely popular which means porcine collagen is a regular part of their diets. Here are a few examples:

In fact, the Brits are rediscovering pig trotters

Right up until the mid 20th century pig trotters were popular among working class Brits. But they fell out of favour due to the perception of them being cheap cuts from undesirable parts of the animal. However, according to the BBC, pig trotters have been enjoying a comeback in Britain, which means porcine collagen is enjoying an indirect resurgence.

And the resurgence continues . . .

Dietary collagen in general is very much valued at the moment. Take the recent trend for ‘bone broth’ as one example. Like our ancestors, people are enjoying collagen rich broths as a way to improve their diets and experience wholesome, comforting taste sensations. It’s this trend that is helping to fuel the comeback of porcine collagen in the West because, when making their homemade broths and soups, people are turning to affordable staples such as pig trotters, pig bones and pig cheeks, and in doing so they are rediscovering just how tasty and nutritious these collagen-rich products are.

Pork is an important source of collagen peptides in Japan

In Japan – particularly among women – collagen peptides are in huge demand as they offer many health and beauty benefits. Pretty much every Japanese drugstore stocks a wide array of collagen supplements in different forms, ranging from specially formulated drinks to versatile powders that can be used in different ways. Much of this supplementation is derived from porcine collagen, which, owing to the prominence of pork in Japanese cuisine, is generally accepted as being a fantastic source of collagen peptides.

The importance of source, safety and traceability

However, when it comes to purchasing porcine collagen, the importance of quality, safety and traceability cannot be emphasized enough. In order to get the cleanest, most effective and most ethical collagen peptides, the source-collagen needs to go through a rigorous quality control process i.e. it needs to come from pigs that have had excellent welfare, and the manufacturing processes need to meet the highest industry standards.

One of the best places to source porcine collagen is the EU. This is because of the strict rules that safeguard the welfare of pigs. The strict regulations ensure that pig-feed is made up of plant materials like roughage, wheat, maize, corn and soy.

Finally, it’s easy to make claims about provenance. But can they be proven? So demonstrable traceability is essential for making sure that porcine-derived collagen peptides truly meet the highest standards.